Kenyans have expressed their mixed reactions concerning whether men should be applied makeup or not. In a video seen online, a makeup artist was seen doing facials on United Democratic Alliance (UDA) leader, William Ruto.

The Deputy President was seen seemingly very comfortable as the lady continued to apply the gem on his face.

In the video the makeup artist, Mercy Muthonie was seen spraying DP William Ruto's face and applying a concealer using a brush on his face.

Netizens have since commented on the video and some have even stated that it is not right for men to apply makeup.

DP Ruto's instance of being applied makeup comes months after Azimio leader was also applied makeup during the launch of 'Leo ni Leo' early this year.

The well-known makeup artist Lind Jenna shared on her social media platforms photos of her applying the Azimio leader makeup.Â

She acknowledged that it was a big deal. 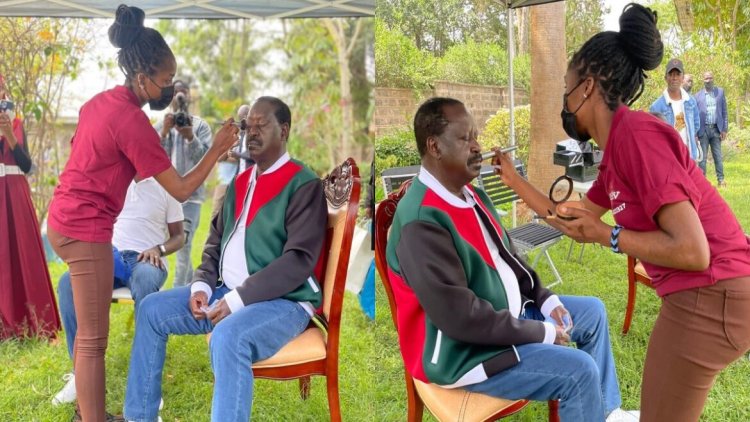 While women are known for using cosmetics to enhance their appearance, men also use simple makeup when going in front of the camera or taking pictures/videos for commercial purposes.

How far would you go to enhance your looks? Would you go under the kni...