Royal media services CEO SK Macharia has an assurance that  Azimio La Umoja one Kenya presidential candidate Raila Odinga is going to be elected as the fifth president of Kenya.

This comes after the business tycoon posted on his Twitter account that he is still brainstorming on the suitable venue where Raila Odinga will be sworn in. 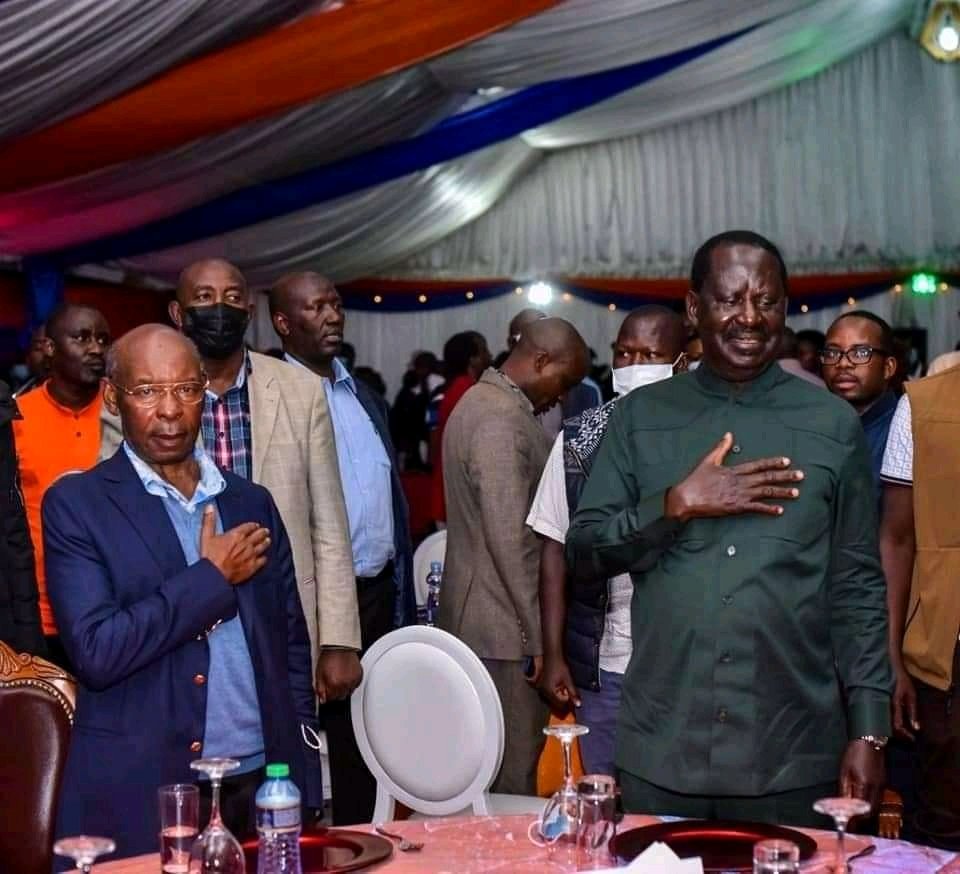 "I've been brainstorming on the swearing-in venue for Baba but not even Kasarani is enough". He posted.

I've been brainstorming on the swearing-in venue for Baba but not even Kasarani is enough.

Ealier in February at Bukhungu Stadium when COTU boss Francis Atwoli hosted OdingaÂ ,Macharia had shown his huge support for Raila stating that he beleved in him since he rarely make political mistakes.

â€śI rarely err when it comes to politics. I have listened to what Kenyans want in a president, and Iâ€™m sure Raila fits the bill.â€ť

He further urgedÂ Luhya community to back the ODM chief, saying he has the communityâ€™s interest at heart.

â€śWe have been with Raila all these years, and I will stand by him until the end,â€ť said the Royal Media Services Limited owner.

Raila Odinga is set to hold his final rally at Kasarani Stadium on Saturday 6th August as elections will be held on Tuesday 9th August.

The rally has been dumbed as Firimbi Festival. 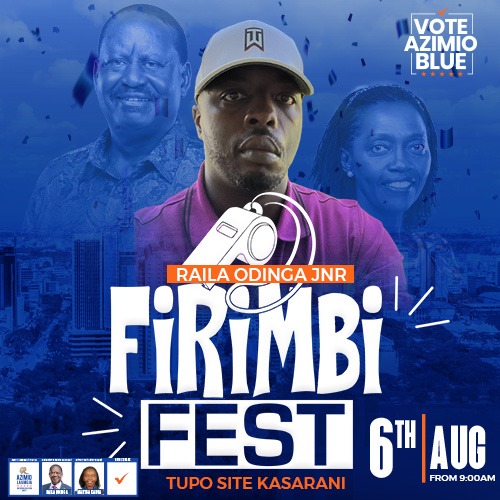 "On the eve of the official campaign season coming to an end tomorrow. Together we can make a big difference for our great nation. Let us meet at Kasarani Stadium for the Azimio Firimbi Fest Finale". she stated.

In an effort to get more fans to support them, Raila has started the Firimbi (whistle) Movement. The whistles will be blown early on Tuesday to remind the supporters to cast their ballots.

A Kenyan lady based in Canada identified as Hellen Wendy,  met her unt...

Mystery As Boda Boda Rider Runs Away With Ksh. 2M

A Nairobi resident has come out to report a boda boda rider who works ...

Newly Elected MPs To Get Oriented Next Week

Ali Roba: Its All About Strategy And Fight For National Space

'My dress My Choice' Lady Jailed in Rwanda Over Indecent Dressing

A youthly aged woman may now have to spend 2 years in Jail after she w...