Kenyan internet comedienne, Elsa Majimbo has been named in Forbes Africa's top 30 under 30.

The Forbes Africa 30 under 30 list is Africa's most anticipated annual compilation of game-changers.ô

ãItãs here, the list of the year! The #FORBESAFRICA30Under30 class of 2022 has been revealed! Who are this yearãs visionaries of change and catalysts of innovation?" The statement read.

According to Forbes, "the most-anticipated list on the continent has nothing to do with clout or commerce, but rather with ensuring that these young trailblazers represent not only their countries but the Africa they want to serve."

The list, now in its eighth year, includes "the best and brightest, but most importantly, the most resilient individuals who have taken the time to not only shine a light on the issues plaguing Africa's growth in a pandemic era but also work towards shifting the narrative, one tiny, tenacious step at a time."

Brett Lyndall Singh, Fatima Babakura, and Carla Frankel are three other powerful people who have also appeared on the cover as part of the 30. 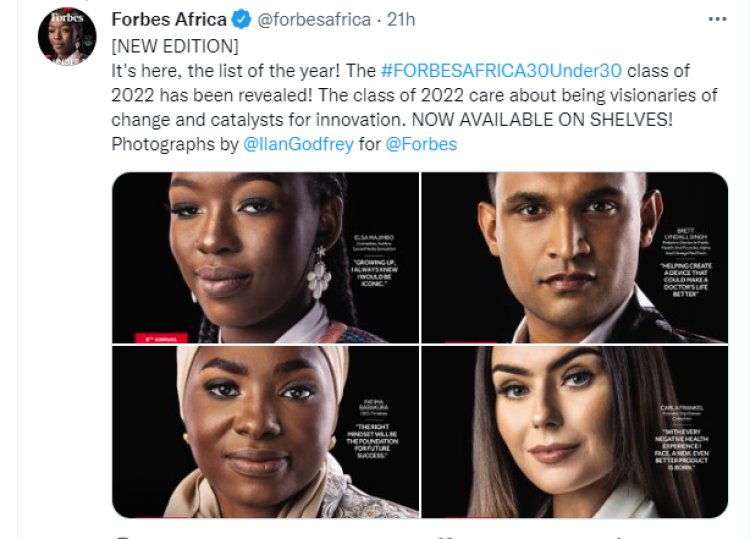 Majimbo has previously graced the covers of prestigious magazines such as Harper's Bazaar, GQ, and Teen Vogue.

Kenyan comedian, Eric Omondi is back on the scene, and his fashion sen...

On Tuesday, Netflix announced that the most recent season of Stranger ...

Here's to Why 'Hana Kuma' is Trending

Recently, the 'Hana Kuma' hashtag has been trending on Twitter, especi...

VIDEO: "Ask and You Shall Receive" Azziad Celebrates Her Birthday