Citizen TV On the Spot for Its Coverage

Netizens have expressed their disappointment with the news coverage done by the media house following their bias in the reporting of the events that were conducted by Azimio la Umoja Coalition and the Deputy President's party.

According to reports, on June 2, Deputy President William Ruto conducted three major events which were; a meeting with the EU Ambassadors that took place in Karen, Nairobi County, Makueni Economic forum, and Machakos rally while Azimio leader, Raila Odinga had a campaign rally in Embakasi, Nairobi County. 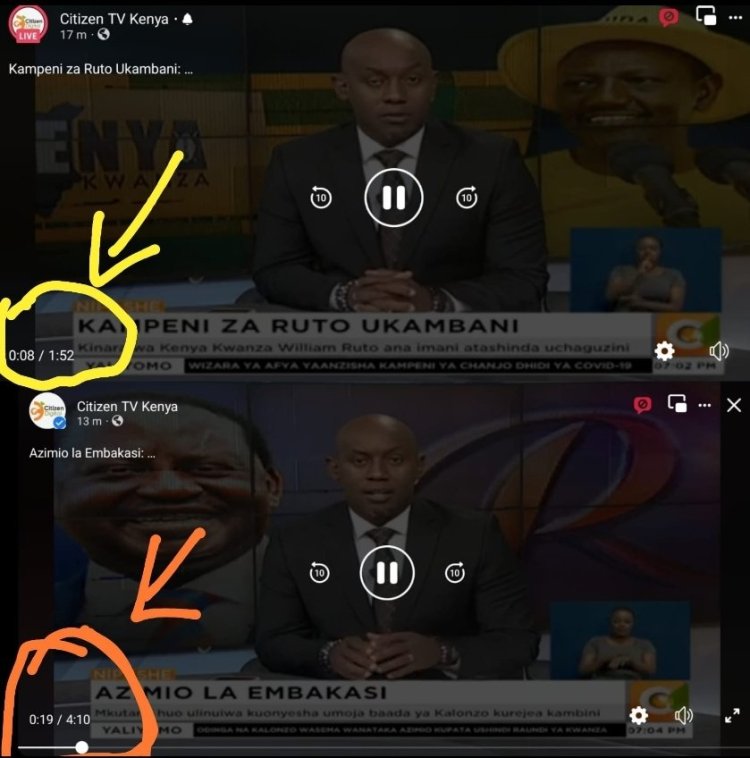 The coverage has sparked many reactions online as netizens are presenting their mixed views online.

This comes hours after Deputy President William had asked the media to be fair in their political reporting and airtime allocation to key players in the upcoming general election.

Through his presidential campaigns secretariat, Ruto said he’d “noted with much concern the repeated and continued bias and propaganda in a section of Kenya’s mainstream media”

“We note the unequal allocation of coverage, compounded by biased framing and negative profiling of the Kenya Kwanza Alliance campaign and personalities affiliated to it,” Ruto stated through his campaign communications director Hussein Mohamed.

“While their nefarious intentions and actions remain inconsequential to an enlightened people, we demand fair play as a matter of right as well as professional decency,” Hussein stated.

“Political news is a matter of public interest and its coverage therefore by a journalist, media practitioner, or media enterprise, according to the Media Council Act (2013), has to be done fairly, accurately, and with all sides of the story being reported. This has been deliberately contravened, consciously ignored, and brazenly abused by the sections of the media," Hussein added.

Three DCI Detectives In The US For IHIA Advanced Homicide Training

Three detectives from the Directorate of Criminal Investigations (DCI)...